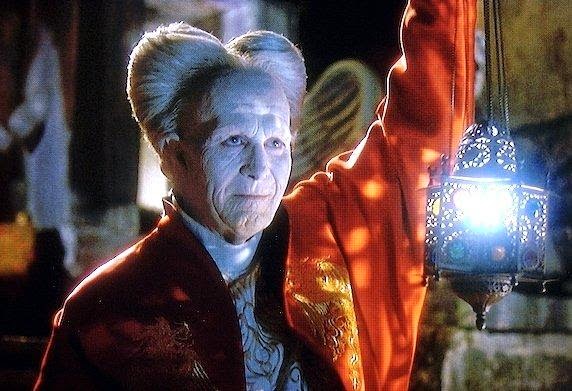 On this date in 1992, Bram Stoker’s Dracula was top of the box office.
Along with a painfully miscast Keanu Reeves, the film also starred Winona Ryder, Anthony Hopkins and the great Gary Oldman as the titular vampiric count.
Oldman’s performance was electrifying and propelled his name towards the upper echelon of screen Draculas, alongside the definitive performances by Christopher Lee and Bela Lugosi.
But these aren’t the only Hollywood stars to play the Transylvanian Count on the silver screen. No, the list of actors to play Dracula is very long and features quite a few surprises. Read on to see a selection of actors who have donned the fangs and funny accent for our viewing pleasure… 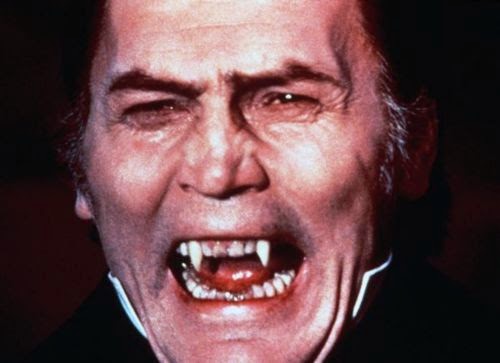 As an actor who portrayed hissing, evil antagonists in the likes of Batman, Tango & Cash, Young Guns, Hawk the Slayer and a slew of Westerns, it should come as little surprise to hear that the man born Vladimir Palahniuk brought an incredible intensity to the holy grail of horror roles, Count Dracula.
Starring in Dan Curtis’ oft-overlooked tv version of the classic tale, Palance’s take on the role is one of the finer embodiments of the character. 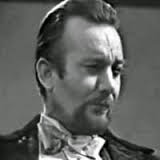 I’ll always know Denholm Elliott as Marcus Brody from the Indiana Jones films. However, he also appeared in comedy smash Trading Places and was a familiar face to British horror fans for his roles in Amicus portmanteaus, including The House That Dripped Blood and The Vault of Horror.
However, in 1968 he starred opposite Susan George in a teleplay of Dracula as a part of the series Mystery and Imagination. 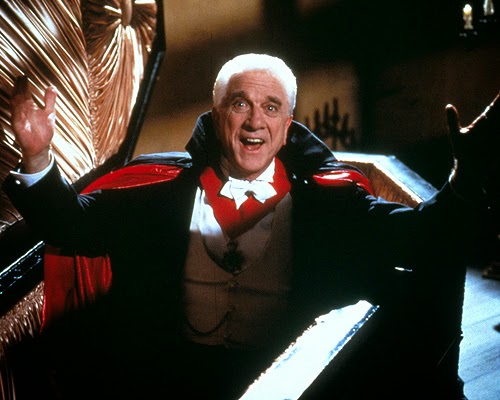 Know originally for his deadly serious roles in the likes of The Poseidon Adventure, the late, great Leslie Nielsen truly found his niche in comedy, starring in the likes of the hilarious Airplane and Naked Gun films.
It was in one of these comic roles that Nielsen played the lord of the undead, in the very amusing Dracula: Dead and Loving It.
The role was perfect for Nielsen’s physical comedy, impeccable timing and deadpan delivery. If you get the chance, check it out! 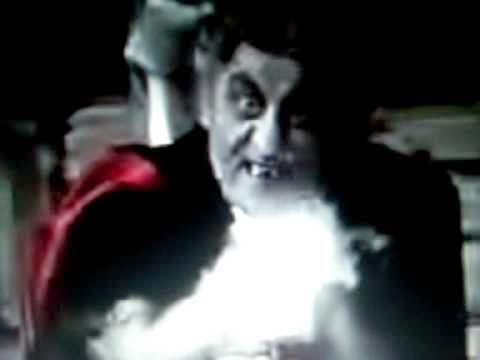 This is a real rarity and quite tough to find. There are YouTube clips that claim this sketch was part of the Generation Game, the IMDB claims it happened on 3-2-1. Either way, the image above of Dr Who as the Prince of Darkness means this one cannot be ignored! GOLD. 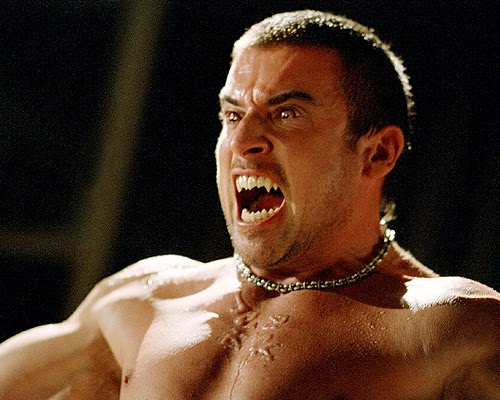 Do you remember the ridiculously convoluted and contrived, yet utterly addictive tv series Prison Break? In that case you may remember that the elder of the two brothers, Lincoln, was played by Dominic Purcell.
But did you know that he starred as Drake (it’s Dracula, they aren’t fooling anyone!) opposite Wesley Snipes in Blade: Trinity. The film also featured Ryan Reynolds as Hannibal King, but he wasn’t a vampire, so let’s move on shall we? 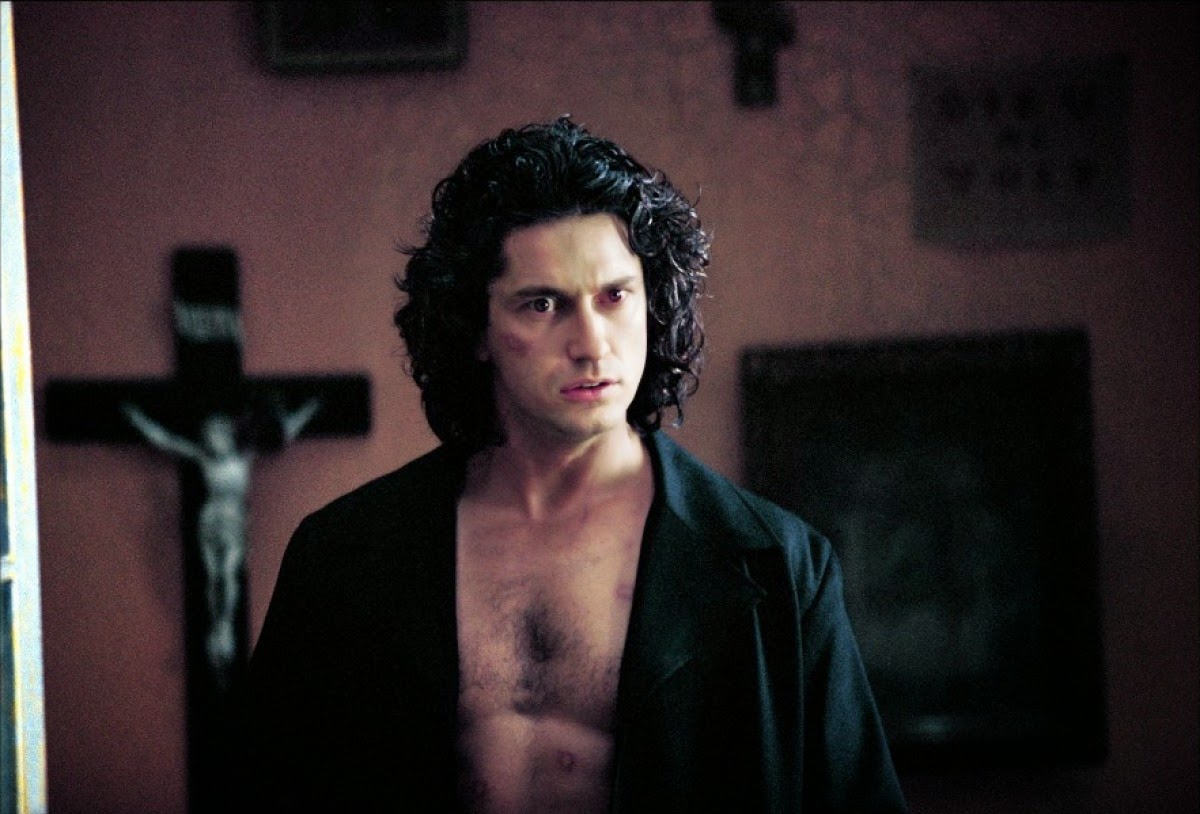 ‘This. Is. Transylvania!’
Alas the man who was Leonidas in 300, didn’t utter this immortal line, but he did appear as Dracula in Dracula 2001 back in 2000 (eh?)
I’ve not seen the film (and judging by some of the reviews out there, that may be a good thing!) but for those who want to see that handsome Scottish fella from RocknRolla and Olympus Has Fallen chewing on some necks, this would seem to be the film for you!

So, any thoughts on the list? Can you think of any surprising additions?
Feel free to drop any comments below.

Until next time, I hope you enjoyed your stay.
Posted by Hickey at 04:57